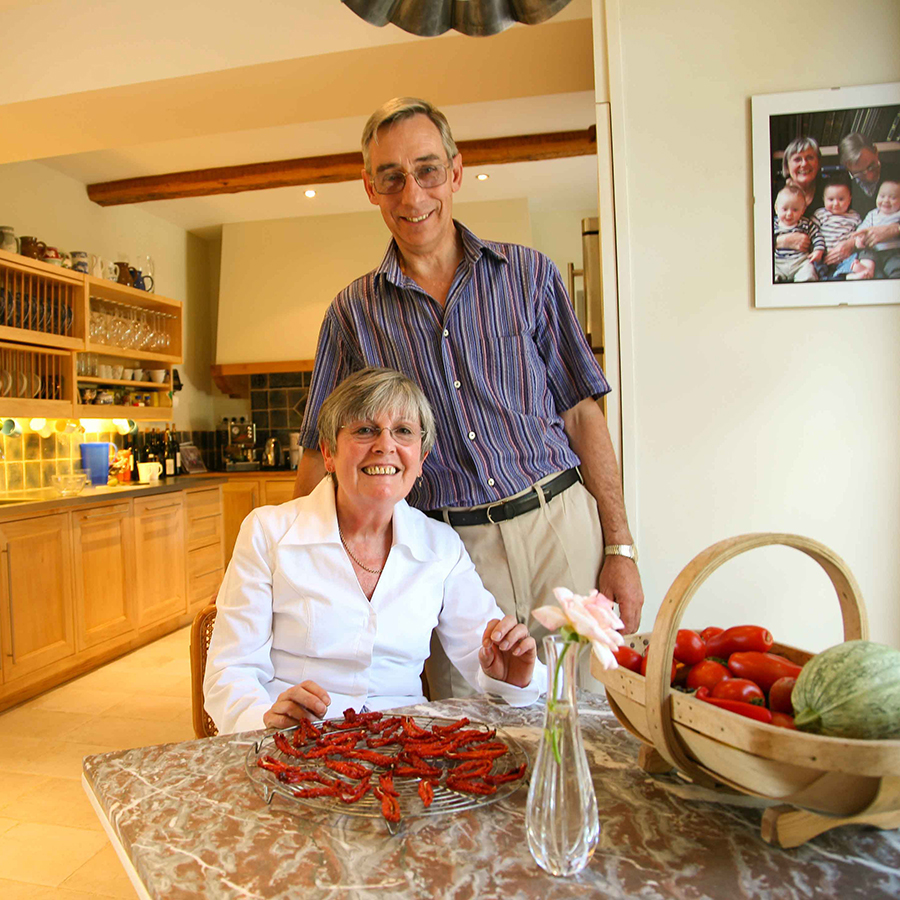 Domaine Saint Hilaire is a result of many years of love and patience from Jonathan and Anne James, a retired, English couple who dreamed of spending their retirement caring for a vineyard.

Situated in Montagnac, inland from the Mediterranean Sea, the winery was previously known for its unusual grape varieties planted throughout its grounds. The couple sought the help of agricultural engineer and oenologist, Bruno Bernet, to help breathe life back into the estate.

In the first ten years under the James family ownership, Saint Hilaire won close to 50 awards for their wines, achieving their objective of transforming Domaine Saint Hilaire into an estate of international acclaim.

The 50 hectares of old vines, together with the collective expertise of their team, produces Pays d’Oc (IGP) wines of outstanding personality and complexity which remain faithful to Hilaire’s terroir.

Hidden away in the countryside between Montpellier and Béziers, Domaine Saint Hilaire stands nestled in the gentle slopes between the Via Domitia and the village of Montagnac.

The estate was established in the aftermath of the French Revolution and the buildings themselves comprise a Bastide, built in 1780, and an art deco wing added in 1934.

When Jonathan (a QC and recorder) and Anne (previously an agent and business manager of Monty Python) took on the challenge of updating the property, the estate was in need of a complete overall.

The couple set out to completely restructure the grounds and update the winemaking process, using state-of-the-art techniques together with the traditions that had been handed down through the estate from generation-to-generation.

Talented young winemaker Vincent Laurel was given more of a free reign under the couple’s ownership and in 2004, Master of Wine, Sam Harrop, was also employed as a consultant, advising on winemaking and blending.

The idyllic retreat lies at the heart of a 200-acre estate devoted to the cultivation of vines. It is sheltered to the North by a generous park with towering trees planted well over a century ago.

Today, the name of Domaine Saint Hilaire is synonymous with the production of award-winning wines which combine the traditional values of the Languedoc with the clarity and vision of the new world.