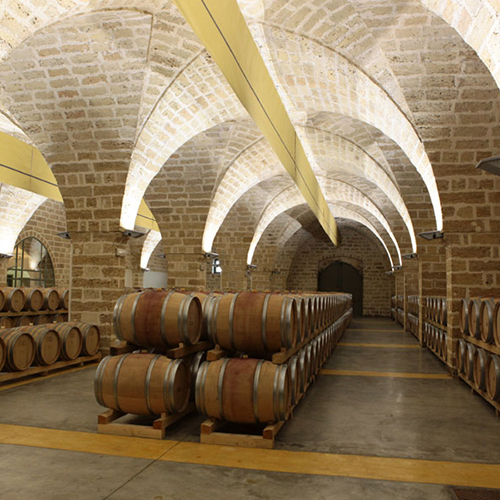 "It's safe to say that Masseria Li Veli is on a fast trajectory to be one of the top estates in Southern Italy." - Robert Parker's The Wine Advocate.

Masseria Li Veli is located on an ancient Messapian site dominating the fertile and sunny Salento plain in Puglia, the heel of Italy. It was founded by the Marquis Antonio de Viti de Marco (1858-1943). An aristocrat and highly educated economist and politician, de Marco was also an enlightened farmer and landowner. Spending time in the United States exposed him to new ideas and methods; he returned to Italy with hopes of bringing new practices and wealth to his native land. His ideas and estate soon became inspiration for all Southern Italians.

More recently, Li Veli was purchased by the Falvo family in 1999 (owners of the hugely prestigious Avignonesi winery in Tuscany) following 40 years of experience in the wine business. The combination of old wine-making methods with modern equipment used on an ancient site results in the perfect balance between history and innovation. The estate is now certified organic.

Vineyards are planted in a settonce, a pattern invented by Roman military engineers allowing for optimum levels of planting density, soil exploitation for the vine roots, exposure to the sun, circulation of air, cultivation and plant growth. Hand-picked grapes are literally minutes from cutting to selection with everything being done on the premises. Stainless steel and new French oak barriques are filled with traditional native varietals, including Negroamaro, Primitivo and Susumaniello - stored using the most modern and innovative vinification techniques to ensure the highest quality wines.