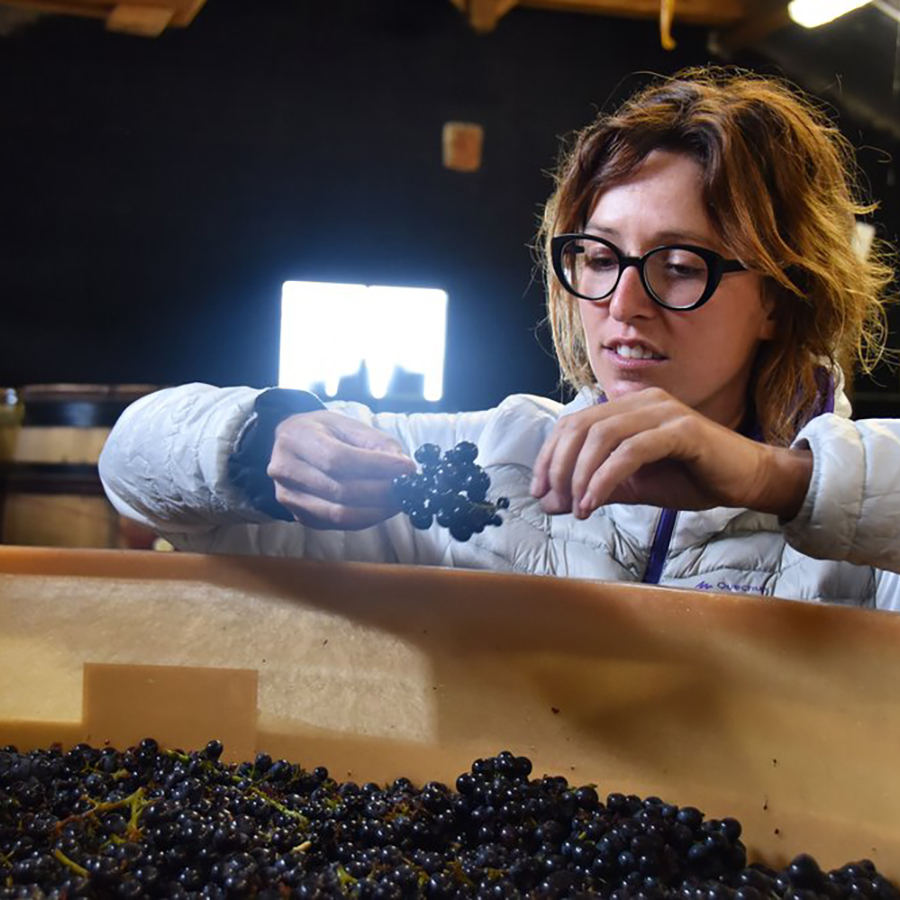 Anne-Sophie Dubois is part of a new generation of rising star vignerons in Beaujolais. Based in the heart of Fleurie, Anne-Sophies’ wines epitomize delicacy and finesse, with a style and approach aligned with the Gamay grown in the area. Having learned winemaking in Volnay, she draws from her experience there to lovingly craft elegant wines; full of depth and aromatic complexity, and without the over-extraction of fruit.

The economics of vineyard ownership in France have made many regions unapproachable for a young vigneron without a considerable amount of wealth. Beaujolais is one of the few where that is not yet the case. Anne-Sophie fell in love with Gamay and decided that Fleurie was where she wanted to call home. Her domaine is composed of eight hectares in the heart of Fleurie that are now organically farmed. Most of her plots are already of considerable age; the oldest are over 60 years old.

If Fleurie has provided Anne-Sophie a canvas of old vines and granitic soils, she brings to the table a strong commitment to working the soil, staying out of the way in the winery, and a style that favors a Burgundian approach to vinification over carbonic maceration.

Anne-Sophie produces three cuvées, the most accessible wine being the Paso Doublé Gamay, which is labeled as Bourgogne Rouge and meant to be enjoyed upon release. Her other two wines, l’Alchemiste and Clepsydre, exhibit considerable aromatic complexity, depth, and nuance on the palate. She refrains from using new oak, and prefers to utilize cement vats and larger neutral oak casks for fermentation and aging. The resulting wines are bursting with fruit, full of finesse and exquisitely balanced.